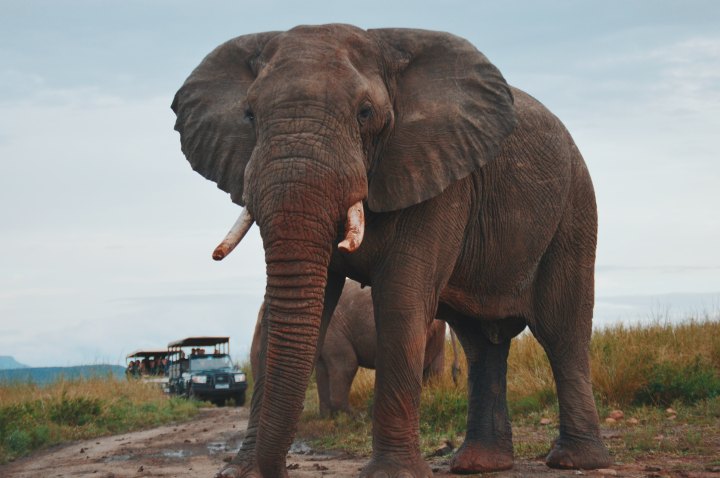 Earlier this month, National Geographic reported that only halfway through the 2018 elephant census being conducted by Elephants Without Borders for the government of Botswana, 87 elephants have been found dead. The majority were older males with large tusks – suspected of being poached for their ivory. It’s a shocking increase since the last survey, which found only nine elephants killed, in 2014.

What’s perhaps even more shocking, however, is that these killings occurred near the Okavango Delta, a UNESCO World Heritage region. Although Botswana has not been immune to poaching, the majority of incidents traditionally occur near the Namibian and Zimbabwean borders – not deep within the country National Geographic referred to as the last safe haven for elephants.

Less than 10 months ago, on December 31, 2017, China closed all of its licensed ivory carving factories and retailers after an agreement to ban the ivory trade with then US President Obama was made in 2015.

Despite an international ban on ivory that went into effect in 1990, the domestic ivory trade within China continued to flourish – and was even promoted. It’s been believed to have been the largest in the world and played a direct role on the killing of 30,000 African elephants each year.

Clearly, and unfortunately, China’s ban on ivory hasn’t stopped the poaching of elephants. So if it isn’t ivory driving the poaching, what is?

The devastating news out of Botswana comes less than three months after changes to laws that once protected the elephants there. On June 21 of this year, the government of Botswana cited these three reasons as motivation for lifting the ban on elephant hunting:

You can read Dr. Chase’s (of Elephants Without Borders) full response to this here.

The reality is, the elephant population in Botswana has been steady for the past 15 years. – see the Population Trends chart below. In all likelihood, the increase in human-wildlife conflict is a result of a more dense human population, as well as elephants increasing their habitat ranges as they search for water and repopulate historical ranges and travel old corridors.

So where do we go from here?

It’s important to find ways humans and elephants (and all wildlife) can exist together without conflict. In his report, Dr. Chase lists the following as some of the steps that need to be taken to make this happen: education and awareness around elephants, recognizing elephant migration corridors, rapid response to conflicts, the allocation of agricultural plots in appropriate areas and the further promotion of localized ecotourism businesses can all play a significant role.

We need to remember that the wildlife on this planet have been around much longer than we have, and they are just as, if not more, susceptible to the changing weather conditions of the seasons. It’s only natural that as human populations grow, and agricultural plots expand outward towards elephant corridors, those plots are going to be threatened during dry season when the elephants return to old ranges looking for water. We cannot fault them for this, rather we must be smarter about where we chose to plant our gardens. We’ve all heard the old adage ‘an elephant never forgets’. It originated precisely because of an elephants’ incredible ability to remember those pathways to reliable water sources – even if we’ve built our societies on and around them.

The recent rise in killings in Botswana tells us that we have a long way to go to get to a place where humans and wildlife can co-exist peacefully. Living in North America, elephant migratory routes aren’t something that have a direct impact on our lives – but the treatment of elephants in Africa and Asia is reflective of our treatment of wildlife across the planet. By beginning to think more critically about the situation (and crisis) affecting one animal, we can begin to think and act more critically about wildlife that does inhabit our regions.

Wondering how you can help? Start small by sharing stories of rescues and sanctuaries like the David Sheldrick Wildlife Trust in Nairobi, Kenya, the California Wildlife Centre in Calabasus, California, or Big Sky Ranch Animal Sanctuary in Kemptville, Ontario, Canada. By raising awareness about the type of work these rescues do and of the issues they face on a regular basis, we can start to understand what effect our actions can have and how we can begin to make small changes for big impacts.

Little by little, a little becomes a lot.